You guys, today marks the start of something truly magnificent. Something that has the power to make a real and lasting difference.

From December 3-14, The World Needs More Love Letters is rolling out its biggest, grandest, most festive love letter writing campaign of the year!

For the last seven years, the letter-writing elves at MLL have been putting meaning back into the festive season.

This time of year is synonymous with shopping and fun and family time and eggnog and tinsel and, and, and…

But for many, the tough situations they’re currently facing are still there. Life’s challenges don’t miraculously disappear just because it’s December.

How cool would that be?

But first, a little back story for context.

Hannah Brencher was probably the only kid in her college who still went to the postbox. Her mother never believed in email or Facebook or texting, instead she’d send her daughter letters. Actual handwritten letters that required an envelope and a stamp.

(We’re all for taking a minimalist approach to sending mail, but sometimes what’s needed is a little old school love.)

When depression blindsided Hannah after moving to New York, she did the one thing she knew would make her feel better. She wrote the same kind of letters her mother had written her and left them hidden all over the city for strangers to find.

Why not just talk to someone about her problems? I mean, wouldn’t that have been easier? Maybe, but I think Hannah knew instinctively that by making a difference in someone else’s life, her own would improve, too.

And it did, in ways she could not have imagined. What started out as a way to dig herself out of a dark hole, quickly turned into a movement.

Today, people from all over the world and all walks of life can put pen to paper and rock someone’s world. And if someone in your life needs a big “you’re not alone” reminder, you can nominate them for a bundle of love letters.

Which brings me back to the point of this post.

Starting today, MLL is rolling out 12 letter requests over a span of 12 days. That’s a whole lot of holiday cheer. The 12 Days of Love Letter Writing campaign is a perfect way for you to show up this season and help people in need around the world.

You can do it by yourself or you can round up your friends and family to join in bringing some goodwill into the world this December. All you need is some stationery, a few stamps and a big heart.

Each day MLL will publish a new letter request to the More Love Letters diary. You can choose to write one letter or submit a note to all 12 bundles. It’s totally up to you.

The one thing you need to keep in mind is that all letters should be postmarked by December 20, 2017. That way the MLL team has enough time to bundle up all the love letters from across the world and deliver them by the new year!

So, make some coffee or hot chocolate, grab some festive cards and colourful pens and get writing. Be sure to join them on social media for some added inspiration.

Got questions? Check out the MLL FAQ.

“Vanya was born in Moscow, Russia with a very rare genetic disorder called Goldenhar syndrome–a congenital defect characterized by incomplete development of the ear, nose, soft palate, and lip. Essentially, Vanya was born with one eye, one ear, and a cleft palate. His parents left him on the doorstep of an orphanage in Russia, but at the age of seven, Vanya came to stay with my family. At this point he had already lived with two other foster families in California and had had twenty-seven surgeries to construct the left side of his face–ranging from creating an ear using parts of his rib and an eyelid using a skin graft from his leg.

One thing I have always admired about Vanya is his positive spirit and amazingly contagious energy. He never complained about his situation or whined about the cards that he was dealt in life. Sadly, today Vanya is struggling a bit with his confidence and motivation. He is now in his early 20s and has reached an age where many of his friends have gone off to college and started pursuing a career path as well as romantic relationships–two things that he is unsure will be in his future.

From a young age Vanya has wanted to become a fireman, but recently he stopped pursuing that dream and has picked up a bad habit of drinking when he feels sad and alone. He wants nothing more than to love and be loved, but the current social media driven world is very image-focused. While his confidence was through the roof during his younger years, recently it has dipped as he has tried to explore the dating world.

What Vanya needs right now is love and support, as well as a reminder that he can do anything that he puts his mind to. He can be a fireman if he wants and he will find someone that loves him, but these things are not going to happen without a little effort on his part. He needs to get out there and pursue them!”

Let’s rally together and encourage Vanya during this holiday season.

Remember, your love letter to Vanya must be in the mail no later than December, 20 to ensure it will get to him.

Our Love Letter to Vanya

When we saw these cards on sale at the Kirstenbosch National Botanical Garden we knew they’d be perfect for the 12 Days of Love Letter Writing campaign. Printed on handmade plantable recycled seed paper, each card features the name and photo of the person who created it.

How cool is that? Even better, instead of discarding the card or hiding it away in a closet, you can plant it. Some cards grow into fresh flowers, others into fresh herbs.

We’ve chosen Zaid’s creation for Vanya, because it’s our wish for him that every day be a happy day from here on out. ❤️

← Prev: Giving Tuesday: A Refreshing Antidote to Black Friday (and Cyber Monday) Next: Lead Yourself First: 5 Reasons Why Solitude Should Be Your #1 Priority → 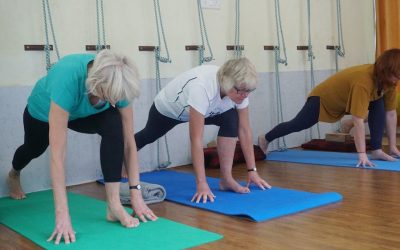 5 Ted Talks That Will Change Your Perspective on Getting Older 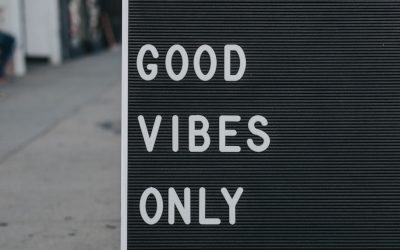