Cal Newport Suggested I Quit Social Media, so I Did (Mostly)

I’ve been wanting to quit social media for a while now, but I haven’t had the guts.

Then I watched Cal Newport’s TEDx talk and that was it. I was in. No more squatting on the fence for me.

He made some compelling arguments, but it was more the fact that someone else was telling me what I wanted to hear.

You don’t have to do this anymore if you don’t want to.

Lame, I know. But I don’t care. I’m free and that’s what counts.

I’d better update my LinkedIn profile. It currently lays claim to my being a social media strumpet, or something along those lines.

Wait, what? You’re still on LinkedIn?

Yes, more on that in a bit.

Cal is hardcore. The man doesn’t even have a LinkedIn profile, seriously.

I’m not judging here, that’s me writing in awe.

Clearly my assumption that he only eschews frivolous platforms like Instagram was wrong. Then again, he did mention that he spends his evenings reading hardcover books .

You can however find Cal Newport on Amazon. I guess when you’ve written as many books as he has, it makes sense.

But back to me quitting social media. I’m sure you’ve got a bunch of questions, not least of which is: Am I still a person Kath?

To the best of my knowledge there are only three people who will get the Kath joke, but maybe I’m wrong. Here’s hoping.

Whether or not you’re on the fence about social media, Cal’s talk is worth watching. He names the three most common objections he gets for quitting social media and offers a valid counter-argument for each. Grab a coffee and have a watch, it’s well worth the time spend.

“It takes discipline not to let social media steal your time.” —Alexis Ohanian

Why Di I Quit Social Media?

As I said earlier, it’s been a long time coming. It started with my attempt to downsize negativity in September last year. That didn’t work out as well as I’d hoped. Mainly because I didn’t stick to the guidelines and goals I’d set out for myself.

I’d post the odd thing whenever it occurred to me and the rest of the time I’d use social media as a distraction. I know, so much for downsizing negativity.

I’d comment here and there, share this, like that, you get the picture. My heart wasn’t in it and it felt like a waste of time. But I’d convinced myself that I had to be on social media, so I kept at it.

Except I wasn’t keeping at, was I? I was arsing about, wasting time and achieving bugger all. Cal’s talk was the tipping point for me and I went over with gay abandon.

Did I Quit Everything?

I knew from the outset that I wouldn’t be deleting my LinkedIn profile. It’s served me well as a freelance writer. Plus, it doesn’t distract me with photos of baby pandas or our president dancing.

After some deliberation Sporty and I decided against deleting Mostly Mindful’s Facebook page. I can only see our feed and those of the pages we follow, so there’s no chance of any negativity cluttering up our timeline.

Also, our lovely readers hang out there, so it made sense since they’re all such lovely, upbeat people.

How Did It Feel?

It felt daunting beforehand and liberating right after. There’s still an element of weird about it, but that’s only because I’ve broken up with an annoying habit.

By the way, I’m only sharing this with you so you know why I’m no longer retweeting photos of baby pandas. If you want to follow suit I recommend it, but I’m definitely not trying to coax you over to the hipster dark side.

Where to from Here?

If you signed up for  our weekly newsletter —which hasn’t been weekly for a while now, sorry— you’ll know I’m on a mission to write a personal email to each of our subscribers.

The idea is simply to connect on a more personal level with our readers. Think of it as the opposite of social media. Sign up and you could be next, ‘cos I’m not going in order. 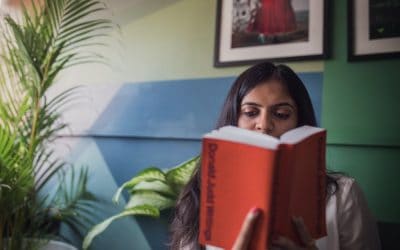