Most people are in denial about their clutter. They don’t think they have too much stuff.

Others recognise the problem, but find themselves paralysed by overwhelm.

Whichever camp you find yourself in, these declutter tips will help shift your mindset.

At least, that’s what I’m hoping will happen.

Easy Navigation show
The Risk of Ignoring the Clutter Elephant in the Room
5 Ways to Know You Own Too Much Stuff
1. You Have a Storage Unit (Or You’re Thinking of Getting One)
2. There’s Too Much Month at the End of Your Money
3. Your Stuff Isn’t in the Right Place
4. Your Kitchen Counters are Covered in Clutter
5. Your Home Isn’t as Clean as You’d Like It to Be
Declutter Tips to Get You Started
Watch out for the Movie in Your Head
It’s Time to KonMari Your House
[Infographic] Declutter Tips in Pictures

The Risk of Ignoring the Clutter Elephant in the Room

Too much stuff doesn’t just clutter up your house, it hinders productivity, stresses you out, makes you less sociable and weighs on you psychologically.

The mess that surrounds you takes up residence in your head, whether you’re conscious of it or not. A feeling of anxiousness bubbles away beneath the surface.

Like a witch’s cauldron or an overcooked stew. Meep.

If you’ve been living with your clutter for a long time you might not even realise it’s there. The anxiousness that is, not the clutter.

If you’re unaware of the clutter, we have bigger problems to deal with. Halp.

You may even argue that you’re perfectly fine, not antsy in the slightest.

When you finally declutter your home you’ll experience a weight being lifted. It’ll be like you can breathe again, even though you never noticed you were holding your breath.

5 Ways to Know You Own Too Much Stuff

There are plenty of weird ways to tell if you own too much stuff. According to organising experts, one way is if your clothes are lying all over the floor.

That would make you a slob, but I’m not sure if it means you’re a hoarder.

On the other hand, if your closets are overflowing, you don’t have to unpack after a trip and you have more than one junk drawer, it’s a no brainer.

You have too much stuff.

These are some of the other signs that could indicate a tendency to stockpile. Take a look and see which of them apply to you.

If you find yourself making a beeline for the peanut butter or wine rack, the message has hit a nerve. It’s not going to feel good, but at least you know what areas need work.

1. You Have a Storage Unit (Or You’re Thinking of Getting One)

In some instances, a storage unit makes sense. If you’re in-between homes or going travelling for a while, it can serve as a practical short term solution.

However, if you’re thinking of renting a storage unit because you’ve run out of space to store your stuff at home, that’s just silly. Not to mention a complete waste of money.

Read: Why Paying For A Storage Unit Is A Waste of Money

2. There’s Too Much Month at the End of Your Money

Being in debt or running out of money before the end of the month are financial red flags. It’s time to take a long, hard look at the way you’re not managing your money.

Your spending habits will tell you a lot. If you’re always buying new things that you don’t need and can’t afford, you own too much stuff.

3. Your Stuff Isn’t in the Right Place

Everything needs a home. That way, when you’re done using something you can put it back where it came from. If you have bathroom stuff in the kitchen or your groceries are packed in between your pots and pans, you own too much stuff.

Read: Why It Pays to Organize Your Home

4. Your Kitchen Counters are Covered in Clutter

Cluttered countertops mean you’ve either run out of cupboard space or your stuff doesn’t have a specific home (see previous point). Your possessions need a permanent place to live. If you can’t give them one, you have too much stuff.

Read: The 10 Commandments of a Clutter-Free Kitchen

5. Your Home Isn’t as Clean as You’d Like It to Be

One of the biggest problems of living in a cluttered environment (besides the clutter) is that it makes cleaning especially difficult. With so many things to move, wiping and vacuuming can seem overwhelming.

If you hate housework (like Sporty), then trade chores with your spouse or hire a cleaner.

Read: The Powerful Psychology Behind Cleanliness

Declutter Tips to Get You Started

Ask Google for tips on how to declutter your home and you’ll be inundated with results. We’re talking close to 24 million hits, in case you’re wondering.

My advice? If you don’t buy it in the first place, it won’t end up as clutter later on.

Watch out for the Movie in Your Head

Too often, we spend money without giving it much thought. We’ll see something and immediately a movie scene starts playing in our minds eye.

You might notice a pair running shoes and just like that, you’re out on the road, the wind in your hair, sunglasses on.

At that point you either remember you hate running or you fall for the story and hand over your quivering credit card.

At the end of last year I saw a gorgeous fold up bicycle. I was smitten.

As I stood admiring it, I imagined myself riding around town, doing our shopping and who knows, maybe I’d even ride the Cape Town Cycle Tour. Again.

We bought the bike and I have been shopping on it. But it’s flippin’ hard work and completely unsexy. I’d much rather walk or catch the bus.

Had I waited a couple of days before making the purchase, I might have come to my senses.

Sir B (as we christened the new addition to our family) isn’t gathering dust just yet. Whew. I’m still using him. Just not as much as I thought I would.

I get that telling you not to buy stuff isn’t doing squat for the clutter that’s already inside your house. That stuff ain’t budging unless you do something about it.

It’s Time to KonMari Your House

There are plenty of ways to get uncluttered —you could take it pen by pen, for example— but if you have the time (and are open to the idea of talking to your laundry), I recommend trying the KonMari method.

I recently become an inadvertent Marie Kondo convert after writing a blog post on how to decide if the KonMari method is right for you.

Short answer: it is. But read it anyway and decide for yourself.

I haven’t read her book yet, though I hear it’s a real page turner. (Move over 50 Shades of Whatever.)

Just remember, whatever approach you choose, you need to declutter sustainably. You can’t just leave your stuff on the sidewalk and hope someone else will take it away.

If you prefer looking at pictures as opposed to reading wordy blog posts, take a look at this handy infographic from Pivotal Home Solutions. Along with highlighting the benefits of downsizing, it also offers a bunch of useful declutter tips to help you get started. 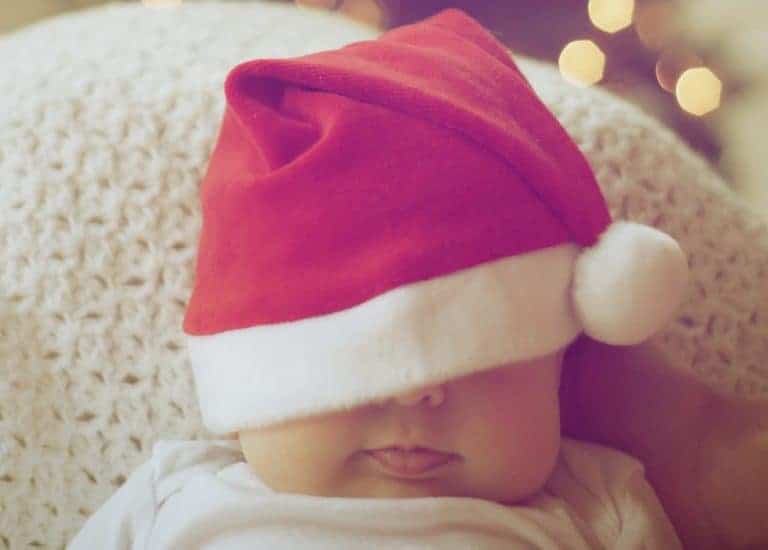 We’re done with Halloween. Thanksgiving is over. All that’s left is Christmas and a toast to Auld Lang Syne and 2019 will be last year’s news. Yikes. Do you even remember your New Year’s resolutions? Whatever they were, you now have less than a month to check them off your to-do list. Or, you could…

Do you want to declutter your life? A good place to start is by letting go of your attachment to sentimental stuff. When that’s sorted, the rest is a breeze. The Disclaimer Sporty and I aren’t all that sentimental about stuff. So from that perspective we’re probably not the right people to ask for advice…

Knowing that you need to declutter is one thing, it’s figuring out how to declutter that trips most people up. Just thinking about it gets you in a state of overwhelm. You’re super clear on your end goal, that’s not the problem. It’s just every time you look at what it’s going to take to get…

So, you’ve finally decided to declutter your home. Awesome. Having a pre Konmari Checklist will help. Why? Because the last thing you want to do is make your stuff someone else’s problem. The horror. Put your dogeared copy of The Life-Changing Magic of Tidying Up down for the moment. Before you KonMari your place into a tidy stripe,…

When we think of decluttering, it’s usually in relation to our stuff. Our thoughts immediately turn to our overflowing closet, too-full garage or basement stacked with years of junk. But what about decluttering your mind? According to some researchers, the average person has about 70,000 thoughts a day. Others are skeptical, claiming it’s a myth…

Decluttering leaves you with more than just a tidy closet and a place to park your car. It clears your mind, reduces stress and makes you happier. Winning. Here’s the thing. Clutter has a way of overwhelming even the most sane among us. And we all know what happens when we’re overwhelmed, right? Nothing. Or rather,…