What does having a sense of community mean to you?

Growing up in the seventies and eighties, having a sense of community was the norm.

Life was a lot more neighbourly back then.

Friendships sprung up across fences and on sidewalks as we went about our days.

Very out there, I know.

Without the Internet or smartphones or Netflix to distract us, we sought connection outside of our homes.

Our parents thought nothing of knocking on the neighbour’s door to borrow a stepladder or a cup of sugar. We kids were equally unfazed about inviting ourselves over to play.

At the start of every summer my brother and I would ask our neighbours across the street if we could come and swim after school. They always said yes, but we still asked.

Years later, after Dad had his leg amputated, Mr Harvey from two doors down helped him install hand controls in his truck.

Easy Navigation show
Why Having a Sense of Community is Important
It Starts With Downsizing
Buy Less, Share More
[Watch] DIY Community Building

Why Having a Sense of Community is Important

Sporty and I live in a high-rise building with 91 apartments and we don’t know a soul. We’re on nodding terms with some, but most of them we don’t even see.

Humans, it turns out, are very good at scuttling in and out of our homes without anyone seeing us. You’d think we were up to something. We’re not.

The interwebs has just made us a little skittish when it comes to in-person interactions.

But, as much as we might balk at the idea of having a conversation without emoticons, humans are also wired for connection. The importance of secure attachments in relation to our mental and physical wellbeing cannot be overstated.

Communities are easy to come by online. It doesn’t matter if you’re an Excel nerd, a sports nut or a lover of Russian folk songs, your future tribe is never more than a few mouse clicks away.

But while it’s fun to chinwag with like-minded peeps in different parts of the world, being part of an online community doesn’t necessarily provide you with a sense of community.

Unfortunately, the advent of social media has put a spanner in the works. We’ve come to believe that being part of an online community is connection enough.

We’re more connected than we’ve ever been, but people are lonelier than ever. We eschew in real life contact, opting instead to hang out inside our smartphones.

We’re not even aware we have neighbours, let alone know who they are.

Building a sense of community takes effort. You can’t just shut your laptop and walk away when you encounter a person or situation that’s not to your liking.

On the flip side, when you do meet someone you really like the rewards are that much greater than they are online.

No emoticon comes close to the warmth of a hug or smile. These shared moments are what our most treasured memories are made from.

I’m not saying you should rush out and hug your neighbours, that would be creepy. At least wait until you’ve gotten to know them a little.

How do you do that? I’m so glad you asked.

It Starts With Downsizing

People nowadays have way too much stuff. Article upon article reminds us of this fact. Instead of everyone owning everything, we need to buy less and share more.

Let’s say you have a bicycle you only use occasionally. When you’re not riding it you could rent it out to a neighbour who is considering cycling to work.

Rather than buying a bike at the outset, they rent yours until they know for sure it’s something they can sustain long term. (Cycle commuting isn’t for everyone, but you won’t necessarily know that until you’ve tried it a couple of times.)

Alternatively, let’s say have a DIY project you’d like to tackle. Instead of buying a ladder you probably won’t use again, you could rent one from your neighbour instead.

Of course, that all sounds great, but it’s not 1982. You can’t just pitch up at your neighbour’s door unannounced.

And besides, even if you were brazen enough to do that, what makes you think they’ll open the door, let alone allow you to ride off on their bicycle?

What you need is a way to introduce yourself first.

There’s nothing new about renting stuff online. People have been making and saving money like this for some years now. It doesn’t matter which end of the bargaining table you’re on, moving from consumerism to community makes a lot of sense.

But, while these platforms connect renters and rentees, the process is all business. I need something you have. I pay you to lend it to me. I bring it back. End of story.

What if it could be more than that? What if these transactions became interactions that sparked a sense of community? You borrow a lawn mower and make a friend.

This notion is what prompted the guys at Stuff4Hire to launch themselves into the peer-to-peer lending space. Rather than being just another rental hub, they envisioned a community focused service that brings neighbours together.

In doing so, they hope to instill a sense of trust and openness among their users. When that happens, they reason, a sense of community and belonging is sure to follow.

When Heidi Demar moved to Bismarck-Mandan, North Dakota she soon realised they didn’t have a lot of the things she’d grown accustomed to in her previous home town. There was no curbside recycling, no food co-op and the art and music scene left a lot to be desired.

Heidi also realised that if she wanted these things, she’d have to step up and spearhead the initiative. By applying the DIY concept to community building, she went out and created change simply by being herself, trusting herself, and doing it herself.

Heidi didn’t do it alone, but neither did she wait around for a perfect set of circumstances to begin. As she says, “Doing the things that scare us a little can help us grow as individuals and have a positive ripple effect in our communities.”

Living with less stuff means different things for different people. One person might see it as owning only what you can fit in your carry-on luggage. For someone else, it could be paring down for life in a converted shipping container. People actually live in those things. Who knew. It doesn’t have to be that…

The average American house shrunk slightly in 2017. Regardless, it’s still almost twice as big as it was in 1980. Families nowadays have some 2,422 square feet at their disposal, whereas their eighties counterparts enjoyed only 1,740 square feet. The thing is, having that much space and actually using it, are two different things. Families…

The prospect of moving house is daunting enough. When your new postal code happens to be in a new country, things get even trickier. No more arsing about. You have to declutter your home for real. If Sporty and I were to move abroad, we could probably pack in the morning and still arrive at… 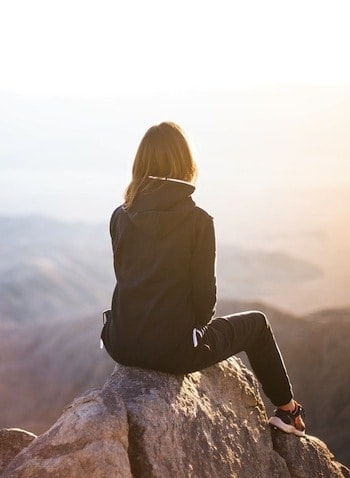 Sporty and I have been living a debt-free lifestyle for somewhere in the region of eight years now. Prior to that we lived pay cheque to pay cheque. As fast as the money came in, it went back out again. We had bills to pay and more stuff to buy. Priorities. For most people, personal…

Highlighting all the benefits of minimalism could take a while. There are a lot! I’ve narrowed it down to the ones that have had the most significant impact on our lives. Give minimalist living a try and before you know it you’ll be doing handstands outside. Hopefully your dog won’t be so deadpan. Seriously though,…