In 2008, Sporty and I had a house full of stuff. And then we sold most of it. Interestingly, while we no longer own all that much, there’s still plenty of room for downsizing in our lives.

You see, at the beginning of last year we embarked on a somewhat expensive experiment. The gist of which involved moving into a pricier than usual apartment to see if it would make a difference to our quality of life.

Stupidly, we signed a year’s lease. I know! The short of it is that it did bugger all to improve our quality of life. In fact, it pretty much had the opposite effect on us.

The plan for 2016 is to move in entirely the opposite direction and find a cardboard box. I’m kidding, even for the likes of us that’s a tad extreme. We do, however, have our eye on a 40 square metre (430 square foot) apartment**, which, conveniently, is located right on top of a shopping centre.

We’ve lived in that building before so we know that it has everything we need to upsize our quality of life. Most notably, easy access to fresh produce. Which, for two urban hippies living without a car, is pretty damn important.

Even better, the rent is almost half what we’re paying now. It also ticks all our ‘no car’ boxes, because it’s also a five minute walk from the bus stop and a 15 minute stroll to the movies and not to far from the gym either.

*Phase 1 was when we sold everything in 2008, you can watch my TEDx Cape Town talk to see how that came about.

**We ended up embarking on a lifestyle experiment instead.

Downsizing Our Lifestyle (and Yours!)

Our savings and investments have been growing steadily, but this past year has shown us just how much extra money we could have added to our nest egg if we’d focused more on quality of life and less on lifestyle.

It’s been about six years since we paid our debt off and we’re still making the occasional financial blunder. Fortunately, nowadays they’re not nearly as costly as they once were. Plus, we’re learning from them (something we didn’t before).

Let’s Look at How

It’s a simple matter of assessing your current lifestyle and seeing where you can make some changes that won’t affect your quality of life. For example, we can move to a much cheaper apartment and still tick the three ‘no car’ boxes mentioned above. That’s a huge win.

Now, if we decided to move outside of the city just to save on rent that wouldn’t make sense, because it would mean relying on public transport to get to work. Apart from the extra time it would take to get to the office, there’s also the added stress of not knowing if the trains are running on time.

We get takeout for lunch once a week. On Wednesday we do a midweek shop (there’s only so much fresh produce you can buy in one go), so on Thursdays we eat out because shopping and then still going home to do food prep is a lot.

Not doing that might save a couple of bucks, but it’ll cost us dearly in terms of time (and frustration). Conversely, we eat out quite a bit on the weekend when we really don’t need to. We could easily cut back to one meal out without it affecting our quality of life.

Do you see where I’m going with this? Okay, one more example and then you try. Sporty and I have joint finances (which seems to scare the crap out of a lot of married couples), so to make sure neither of us squanders the family fortune, we’ve allocated spending money.

This is our personal walking around money. We use for things like artist dates, coffee, snacks, movies and so on. I invariably run out and then have to borrow from next month or trade Sporty housework chores. Either way, I get what I get and that’s it.

Let’s Look at Why

I mean why is obvious, right? Why one earth would you want to live in an expensive apartment that depletes your bank account and does bugger all for your quality of life when you could live in a slightly smaller place and save a ton of money instead? This year Christmas is coming early for our piggy bank. 😉

Contentment comes not so much from great wealth as from few wants. 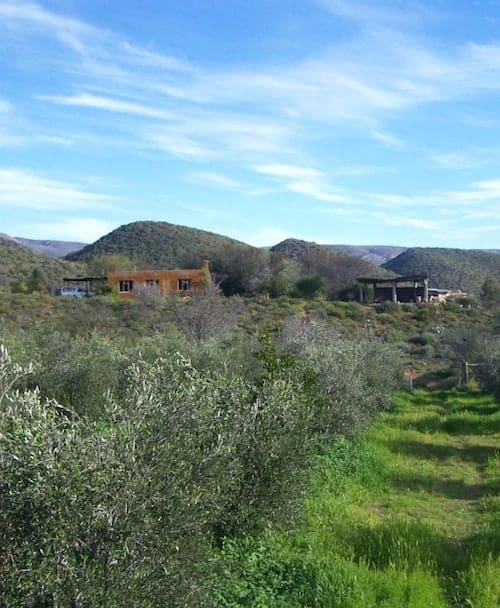 Remember how I told you we’d be spending October woofing on a permaculture farm in De Rust? Well, it turns out we’re not so much woofing as we are house sitting the place. The first sign that all was not as we’d assumed was when Ross took us on a tour of their cob house and…

If you haven’t heard of The Life-Changing Magic of Tidying Up, you’ve either been living off-the-grid in a yurt or you’ve sworn off the Internet. In the four years since it hit the shelves, Marie Kondo’s best-selling book has spawned a movement. It’s no longer enough to declutter your home, now you KonMari the shit…

Like a lot of adults nowadays, the power of play is lost on me. My idea of downtime is a couch, an engrossing memoir and something tasty to nibble on. I can be playful, sure, but I don’t really play. I’m not into board games (much to Sporty’s dismay), I don’t see the point of…

Prior to leaving the Big Smoke we spent some time ‘hanging out’ with our pal Brian Johnson. Philosopher extraordinaire and the mastermind behind Optimize —an online portal that delivers more wisdom in less time— Brian is inspiration on steroids. If you’re as lazy as I am, you’ll love Brian’s minimalist approach to getting better at life….

We’re back in the Big Smoke and spending more time than ever with our pal, Brian Johnson. Philosopher extraordinaire and the mastermind behind Optimize —an online portal that delivers more wisdom in less time— Brian is inspiration on steroids. If you’re as lazy as I am, you’ll love Brian’s minimalist approach to getting better at life….

Living below your means. What even does that mean? We’ll get to that in a moment, but first, a story. It’s a story I’ve told a lot, both in real life as well as here on Mostly Mindful.  It’s a good story though, one that bears repeating. When I got my first job, my Nana…