But mostly, minimalism is a means to a beginning.

A couple of years ago, I met up with a friend I hadn’t seen in quite a while.

The last time we hung out she had just moved into a beautiful new home with her husband and two daughters.

She was excited about what the house would mean for them as a newly blended family, but at the same time bemoaned the fact that that they had so much stuff.

Having each brought an entire household into the marriage, the newlyweds quickly realised that figuring out what to do with everything was a lot harder than they’d anticipated.

Still, they forged ahead. Moving, arranging and compromising until everything had a place. They entertained, they had people stay over and they luxuriated in the vastness of their rambling piece of suburbia.

But then my friend found herself with health issues and a business that had gone pear-shaped. Stress went from being an infrequent visitor to the house guest that wouldn’t leave. Something had to give.

One evening they went out with some new friends; a couple who’d made it a habit to live in a different city around the world every year. What struck my friend and her husband most was how relaxed and at ease the couple was.

When they got home later that night their minds were made up. They were going to sell their house, dramatically downsize their belongings and reevaluate what they were doing with their lives. The letting go process took quite a few months and it wasn’t always easy, but they persevered.

They eventually rented a furnished cabin overlooking the beach. Life slowed down and they took stock. They realised the things they’d been hanging onto were just things. They started looking elsewhere for their memories and took pleasure in knowing that the stuff they’d let go of was making someone else happy now.

At the end of that year they headed to Singapore for a few months to explore new business opportunities.

“A year ago the idea of going overseas for an extended period would have seemed ludicrous, now it’s a reality,” said my friend with a smile.

Okay, So What is Minimalism?

Explaining what minimalism is can be a lot like catching smoke. It’s different for everyone. You only have to watch a handful of TEDx talks on minimalism to see how is varies from person to person.

The one thing minimalism isn’t, however, is a means to an end. When you declutter your home you end up with less stuff and more space. But that’s not the end of story.

Your newly decluttered surroundings are great, don’t get me wrong. But it’s only the beginning. That said, it’s still a super important part of the process.

Decluttering Is the All-Important First Step

Decluttering can be a way to tidy up your immediate surroundings or it can serve as the first step on a really exciting journey. It’s up to you. Do you want to optimize your life or keep doing what you’ve always done?

Decluttering creates the space to see beyond what’s under your nose.

When you’re bogged down with stuff it’s almost impossible to imagine that there’s more to life. You can sense it, but actually recognising it as a real possibility is too much of a stretch.

This post is about emphasising the importance of decluttering as the first step towards an exciting adventure. If you’re in need of some ‘how-to’ advice, these articles will help:

Space is an amazing thing. It opens the door to ‘what if’ and helps you avoid ‘if only’. The caveat, of course, is that you have to let it. If all you do is get rid of your stuff and then buy more, you’ll miss out on the potential freedom that’s available to all of us.

Minimalism is the tip of the iceberg, a portal if you will (much like Alice’s magical looking glass or the wardrobe that leads to Narnia). You have no idea where you’ll end up when you set out, but you can be guaranteed of an adventure-packed journey.

For us, it was the opportunity to house sit a permaculture farm. For my friend and her husband it was an extended business discovery trip abroad.

Other friends of ours spent six months touring the states in a campervan named Jessie and then went on to walk the Camino.

In all our cases, it started with downsizing.

The biggest adventure you can take is to live the life of your dreams. —Oprah Winfrey

Minimalism Is Not a One-Size-Fits-All Lifestyle

Embarking on a minimalist lifestyle doesn’t automatically mean you’ll be hitting the road with a backpack (or wheelie suitcase). If that’s what you want to do, cool, but it’s really about finding a slower pace where you are.

Minimalism affords you more time to spend on the things that matter, like relationships, playing the matrix, working on passion projects or fast tracking retirement. It also creates space for new opportunities.

It’s about paring down the unnecessary until you’re left only with the things you really need. The things that make a positive impact on your life.

Pro Tip: Things can be habits and beliefs too.

It’s about embracing the good and letting go of the things that no longer serves you. When you do that you clear the way for magic to flow into your life. And that’s when things get really exciting.

What Do Others Think Minimalism Is?

Sporty and I believe minimalism is a means to a beginning, but what about the rest of blogosphere? What do they think?

For Hannah (in the video above), it took losing her grandpa for her to wake up to the reality that stuff isn’t what makes you happy. Hannah says that for her, minimalism is about getting rid of the emotional baggage we have.

Maša and Michael of Minimalist Vegan say minimalism is living with intentionality. For them, it’s the process of identifying what is essential in your life and eliminating the rest. Less is more.

Mia Danielle is of the opinion that minimalism is a movement toward simplicity and away from consumerism.

Anthony from Break the Twitch claims minimalism is how he reduces the distractions in his life so he can do more of what matters.

Google ‘what is minimalism’ and what you’ll find is that as much as it’s different for everyone, it’s also the same.

We’re all living happier, more productive and intentional lives because of it. Outwardly, it might not look the same, but we’re all on the same path.

We’re grateful to be on this journey, wherever it may take us.

A few of weekends ago, Sporty and I rented a campervan and headed out of town for a couple of days. Taking a break was part of our plan, but the main goal was to see if living in a van was for us. We’re all about lifestyle experiments. However, we’ve learnt from past experience… 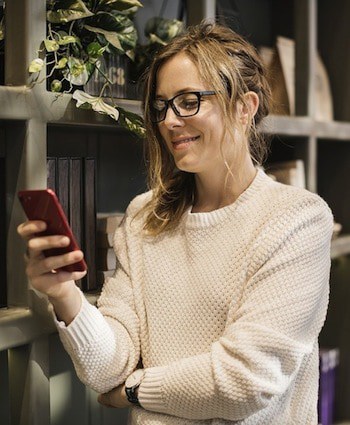 If you want a focused life in an increasingly noisy world, embracing digital minimalism is the way to go. You’ve cleaned out your garage, pared down your wardrobe and tidied up the hall closet. Now it’s time to declutter your smartphone. Wait, what? “Technology hijacks people’s minds,” says Google’s Design Ethicist, Trstan Harris. That statement…

Like a lot of adults nowadays, the power of play is lost on me. My idea of downtime is a couch, an engrossing memoir and something tasty to nibble on. I can be playful, sure, but I don’t really play. I’m not into board games (much to Sporty’s dismay), I don’t see the point of…

How cool would it be to love the home you’re in right now? In his book The Minimalist Home, Joshua Becker explains how getting rid of the excess clutter does more than simply create an inviting living space. He claims it will turn your home—your life’s HQ, as he likes to call it—into a launch…

Keen to live with less, but not sure where or how to start? These TED talks on minimalist living will inspire you to simplify your life. When you’re done watching them, it’s time to declutter so you can experience the joy of less for yourself. You knew there’d be work, right? The U.S. self-storage industry…