Back in 2008 we didn’t even know what minimalism was.

Then, faced with the daunting prospect of yet another move, I got a bee in my bonnet and insisted we sell all our stuff.

In the end we only sold most of it, but still. We thought we’d invented a new way of living and wondered why nobody else had cottoned onto the idea.

They had, we were just really late to the party.

We lived like that until a year ago, when we embarked on a new lifestyle experiment. With the advent of Airbnb, longterm furnished rentals are becoming harder and harder to find and the ones that are available are ridiculously overpriced.

We were also on a mission to become uncubicled, which meant drastically reducing our living expenses to facilitate the leap from full-time to freelance.

We decided to rent an unfurnished apartment, which felt a little counter-intuitive because it meant buying stuff.

It made sense though. Our rent was way lower and we knew if we didn’t go overboard with kitting out our new digs, the initial outlay wouldn’t be all that bad. Plus, we could sell it all again when we were done using it.

An Even Newer Lifestyle Experiment

We’ve loved living in our little studio apartment. It’s small but it has the biggest heart. The energy here is incredible.

It’s super hippie and new age-y to talk about our apartment like that, but it’s also true.

Had we not been so set on changing our lifestyle again, we’d definitely have stayed for at least another year. Our neighbours are sweet and the location is super convenient.

The thing is, now that we’re uncubicled there’s really no reason to remain tethered to one place. After all, one of the main reasons for ditching our full-time jobs was so that we could be location independent.

Also, rent is probably our biggest monthly expense and if we don’t have a permanent apartment….

We mulled over some options: a) live in a tent; b) buy an RV or c) just go for a long walk. We vetoed each in quick succession: No! Way too much hard work*. Super appealing but not the right season.

*Our friends recently road-tripped around the States in an RV and while some aspects of their adventure looked like a lot of fun, there was a lot that didn’t appeal to us.

In Which We Become Permanent House Sitters

“And we’ll offer a decluttering service while we’re at it,” she added smugly.

So that’s what we’re doing next and as luck would have it, we’ve already found our first longterm house sit. In Outdshoorn, no less. Known as South Africa’s ostrich mecca and home to the Cango Caves, no doubt Sporty and I will find plenty to keep us busy.

We’re heading out for a mini road trip on Monday to meet the two dogs, the house and of course their human, Caro. We’ve all decided in principle that we like one another and want to move ahead with the arrangement, but it makes sense to meet in person. Plus, road trip!

If it happens, we’ll be leaving Cape Town at the end of September to spend most of October woofing on a permaculture farm in De Rust (about 80km from Outdshoorn). When Caro heads off to visit her kids we’ll move into her home for about three or four months.

It’s going to be interesting to see how we cope with small town living, especially since we’re sans transport. We’re not entirely against the idea of buying a little run about while we there, but we’d prefer to get by without a car if at all possible.

The plan is to take a train from Cape Town to Prince Albert and then find a lift to De Rust. It’s either that or catching Mr Potgieter’s bus. We have no idea who he is, but Caro says he’s lovely. Choices, choices.

We’ll be writing about our adventure, taking lots of photos and probably shooting some video as well. So if you’re at all quizzy about where we’ll be living next, stay tuned!

The cool thing is, even though we’re heading to Smallville we will have access to the online world. *whew*

We’re excited about where life is taking us, but I think right now the thing that has both of us giddy with anticipation is the prospect of downsizing so completely. We’re ditching everything except for our clothes, laptops, my small folder of family photos and the few documents we can’t scan.

Sporty is hemming and hawing about holding onto Blendobi, but I’m torn. Y’all know how much we love him (he’s part of our logo, for heaven’s sake), but do we really need to be carting an appliance around the countryside with us? We’ll see. For now the jury is still out.

It could be we’ll embark on this next phase with nothing but two backpacks or it’ll be two backpacks and a box. You just don’t know. What we do know is this: for the longest time we’ve aspired to be location independent and now we finally are. 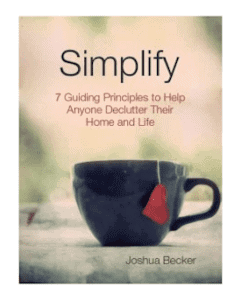 If you’re keen to pare down your own life, an excellent place to start is Joshua Becker’s book: Simplify: 7 Guiding Principles to Help Anyone Declutter Their Home and Life.

Reading it resulted in Sporty finally putting her stuff away instead of leaving it lying around. If it can do that for her, there’s no telling what it’ll do for you. I’m just saying.

There are many benefits (and a couple of downsides) to a capsule wardrobe. All of which I explain further down, but first a little back story. When Sporty and I sold all our stuff in 2008 we didn’t realise there was a name for what we’d done. We just thought we were being really smart….

Getting into debt is easy. Figuring out how to get out of debt, not so much. I should know, it didn’t take me long to get myself into the red after starting my first job. I can’t even say for sure how it happened, but I do know why it happened, however. It boiled down to… 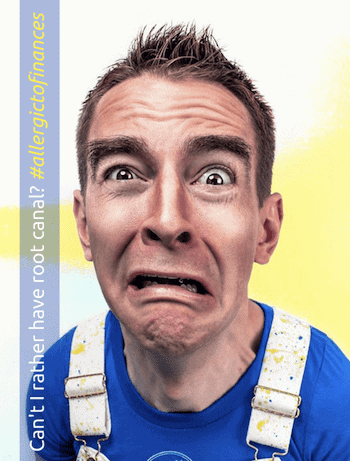 Pre-minimalism, Sporty and I used the head in the sand approach to our finances. Which is to say, we pretended there wasn’t a problem. This is fine in relation to, say, your coffee habit, but not so much when it comes to your hard earned bucks. I get it though. The challenge of sorting out…

Buying versus renting a home. It’s a tricky decision for sure. With valid arguments for and against both options, the answer is far from clear cut. Sporty and I went from being in favour of owning property to staunch proponents of renting. The shift in attitude came (not surprisingly) when we adopted a minimalist lifestyle. Seeing…

After being untethered for the better part of a year, it felt good to find a sunny apartment in a nice neighbourhood and settle down again There’s something to be said for having your own space. Our new digs are conveniently situated near the three things we value most: gym, movies and good coffee. We’re…