This is What I Own

Whenever people find out that Sporty and I are minimalists they’re always keen to know exactly what we own. These conversations are invariably punctuated with questions like “So you don’t own a car?” and “You don’t own furniture?” and “Really, no furniture?”

Eventually the person we’re speaking to is so flabbergasted they either change the subject or make their excuses and leave. I sometimes wonder if they think we’re just saying we’re minimalists when what we actually are is poor.

Online, the whole I own less than you competition (the hippie version of whoever dies with the most toys wins) has been going on for years now. Being the laggard that I am, I’m only now jumping on this bandwagon.

Except, there isn’t actually a bandwagon to jump onto. Ours is a minimalist movement, which means bandwagons, along with all other forms of transport (bar bicycles, maybe) are considered superfluous.

Because we’re location-dependent there are things we own that we wouldn’t if we were, say, touring Europe on our bikes or hiking the Continental Divide. I haven’t included them here, nor, for that matter, have I included Sporty’s stuff (her earrings alone would take me the an entire weekend to photograph).

I might get around to writing a this is what we own post at some point, but Sporty’s stuff is sporty’s stuff. It’s not up to me to be yanking open her closet. At least not again. 😉

Okay, So What’s in My Closet?

My trusty Deuter backpack (circa 2008). Sporty’s convinced I need a new one but I’m not. I got it as a free gift when I subscribed to Runner’s World and I’m still completely enamoured. Besides, it works.

Hmmmmm, it’s interesting how this exercise has caused me to look more closely at what I own. Do I really need everything hanging in my cupboard? Bar for the three collar shirts on the end, yes I think I do. Though I’ll confirm this come winter and adjust accordingly.

So what about those shirts? I bought them when I started my current job in government because I was told I had to dress smart. But after a few months I realised that not everyone was adhering to this ridiculous rule, so I ditched the “interview attire” in favour of my regular clothes.

I’m hanging onto the shirts because very, and I mean very, occasionally I get invited to a function where something smarter than a First Ascent sports top is required. That’s what I tell myself anyway, but really, I’m keeping them because they cost a lot of money. Oy vey, I’m off to iron my backslidden minimalist ears.

Update (14 March 2015): I’ve recently started wearing these shirts again. I figured since I couldn’t bring myself to relegate them to the give pile then the least I could do was wear the damn things. Funny thing is, I’m actually quite enjoying the new/different look. 🙂

The pants are easy, I wear them all. I’ll admit though that the linen pants were originally part of my government wardrobe, which means I probably wouldn’t have bought them otherwise. Still, I like them now, so for as long as we’re not stuffing our lives into a backpack I think I’ll keep them.

I’m super practical when it comes to shoes. I have to be because we don’t have a lot of space, but the truth is I’m like that anyway regardless of the size of my wardrobe. I struggle to find shoes that fit well, so when I do I tend to wear them long past their sell-by date.

It’s taken me ages to wear in my running shoes and now that I finally have, they need replacing. Dammit. The joys of being a runner. I had high hopes for my casual shoes. They’re Erke featherlites and I fancied them quite sporty to begin with, but now not so much. If I buy something else I’ll have no problem at all tossing them onto the give-away pile.

Terrence joined our family when Suzie the kinesiologist told me that I needed a physical representation of my totem animal. She suggested a stuffed toy and I’m so glad I took her advice. Terry is a delight to have around. He keeps himself to himself and never causes a fuss when Sporty leaves him perched precariously on one of our bikes while making the bed.

I wear all the gym stuff all the time, seasons notwithstanding of course. Most of it I’ve had for ages and can’t see myself replacing it anytime soon. The bike shorts are the only new item, those I bought when we got it into our heads to ride the Cape Town Cycle Tour.

The gray shorts and vests I’ve had for ages, the board shirts are a fairly recent addition. Again, seasons notwithstanding, I wear everything in this group. I must say I’m feeling rather pleased with my recovery after my initial these shirts are too expensive to give away moment.

Side note: you’ll notice my vests are all the same, just in different colours. I make it a habit to stock up when I find something I like and that fits me well. Just so we’re clear, by stock up I mean three items max. If it’s jeans I draw the line at two. I’m no hoarder! (Okay, except maybe when it comes to expensive work shirts.)

As with my shoes, I’m also super practical in the jammie department. Maybe even more so. I have two shirts that I alternate and I always make sure to wash my PJ pants in the morning so they’ll be dry by bedtime. On the rare occasion they’re not I’ll opt for shorts or something from my gym shelf.

Some of these items are seasonal, so they get trotted out depending on the weather and what I’m doing: running, hiking etc. They all get used though. A lot. I’m especially fond of my beanie because I bought it for my vision quest back in 2006. Why I’m not sure, as it was the middle of summer in the Groot Winterhoek mountains.

Although to be fair, I hadn’t slept outside since that one night in high school when my parents thought it would be character-building to send me to veld school, so I had no idea what to expect. I mean, it could have been freezing at night for all I knew. Right?!

My family photos are my one impractical indulgence. I’m not usually sentimental, I believe you remember people best through the memories you have of them, rather than stuff you own that once belonged to them. But since my family have all since shuffled off I’m not so keen to ditch the pics.

I almost never look at them, but I figure they take up hardly any space so what’s the harm. If I do ever decide to go and live in a monastery I’ll give them to my aunt, until then they can live on the top shelf with our tax files.

My cycling paraphernalia and running watch. Everything here gets used on a daily or almost daily basis. I feel like I should offer some explanation here, if for no other reason that to extend the sentence enough that it’s not just hanging there in mid-air. Okay, job done.

My trusty steed. Sporty and I decided to buy bikes last year when we moved into an apartment that required a bus trip to work, as opposed to the gentle stroll through the park that we were accustomed to at our last place. These Dahon foldys are of the best money we’ve spent in a long time.

It’s sometimes a schlep, I mean one doesn’t always want to deal with hat hair, greasy hands and bruised legs (the latter from carrying the bike downstairs or even just folding it if I’n having a particularly klutzy day), but on the whole the freedom the bikes have afforded us is huge. We even cycled to Simon’s Town one time.

The folded Dahon foldy, perhaps not as sleek as its unfolded self, but super convenient. Especially if you live in a 30 square metre apartment where space is at a premium.

I saved the best for last. Meet Bonnie, my gorgeous MacBook (circa 2008). She’s so old now they no longer make her model anymore, but I don’t care, I’m still smitten. After working on a PC for what felt like a century, but was probably only a couple of decades, I inherited Bonnie from Sporty in 2010. Like I said, still hopelessly smitten.

And there you have it, the sum total of my belongings. If you’re still awake, thanks for reading this far. If you’re not, I hope you don’t drool on your keyboard. 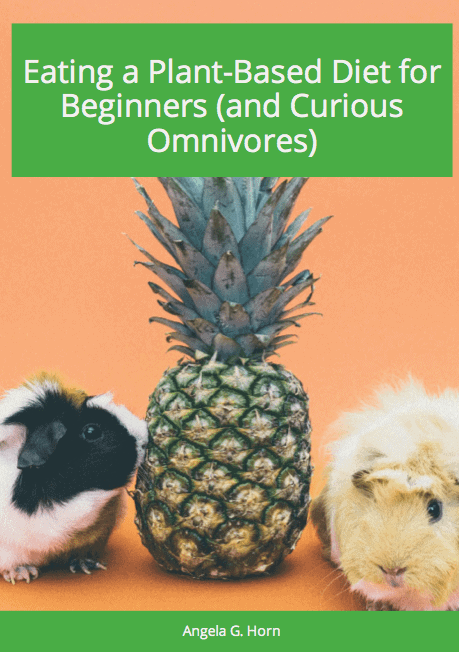