Juicer vs Blender (Which One is Best?)

The juicer vs blender decision is not as tough to make as you might think. Especially since Sporty and I (very kindly, I thought) have already made the necessary mistakes on your behalf. Okay, they weren’t exactly on your behalf, but you get to learn from them, so….you’re welcome.

Back in 2008 when Sporty and I first met Beryn and Peter Daniel —the duo behind Rawlicious: Delicious raw recipes for radiant health—they were (and likely still are) all about the green juice. They swore by it, saying there’s no better way to start your day.

They’re absolutely right. A glass or two of freshly juiced greens first thing in the morning is like mainlining all of the earth’s goodness directly into your bloodstream. Your body loves it.

At the time, having never had anything like it, we weren’t keen on investing thousands of rands on some fancy juicer, only to have it gathering dust on the kitchen counter before the week was out because we’d lost interest (this happens, a lot).

In the end we settled on this little cheapie. It gave us the chance to experience the whole juicing thing without it leaving a gaping hole in our bank account. My alter ego, Bargain Betty, was thrilled by how little it cost.

Purists look down their noses at these bottom of the range centrifugal juicers, because they’re not exactly gentle in their efforts to separate pulp from juice. Sporty and I agree, however as a starting point they’re more than acceptable.

We had our beginner juicer for ages (more than a year, if memory serves me) and it consistently performed its duties every morning without complaint. It looked a little worse for wear in the end, but it juiced up a storm regardless.

Upgrading to a Fancy Juicer

A few years later we decided to spoil ourselves with a ‘grownup’ juicer and invested in a masticating juicer. Rather than viciously shred the fruit and vegetables like our ‘lil cheapie was wont to do, Oscar preferred to slowly and methodically crunch* his way through everything we fed him.

*The correct term is masticating, but Sporty and I both agreed that what Oscar was doing was crunching. It was very sweet to listen to him have his daily dose of fresh produce.

My palate is not that refined that I could taste the difference, but somehow I just knew it was better. Where Cheapie was Tasmanian devil, Oscar was more Panda bear.

We loved Oscar dearly, but the juicing lifestyle just didn’t fit into our fast-paced city lives and in the end we called uncle and gifted him to our friends who wanted to introduce their little girl (then aged two or three) to vegetable juice.

And the Best Parents in the Universe award goes to…

Upgrading to a Fancy Juicer (Again)

At the beginning of last year we decided to give juicing another chance. In retrospect we’d been too hasty in our decision to give Oscar away (although we don’t regret it for a minute, because Athena took to juicing like a champ) and so we felt we should give it another shake.

This time we settled on the chrome version, because you know, why not? It was winter at the time and in our infinite wisdom we decided a juice fast would be an excellent way to kick off our newly rekindled love affair with the juicing lifestyle.

You know how in winter your body craves warm, grounding food like hearty stews and curries? Well we didn’t take that into account at all. Not surprisingly, we were miserable and cantankerous by day three of what was supposed to be a 10-day juice fast.

We quit and were instantly much nicer people to be around. We stuffed Oscar in the cupboard so as not to be reminded of our stupid decision. A few months later Oscar went to live with a friend of ours (but not before she first crossed my palm with cold, hard cash). I hear they’re very happy.

The hippies (as we affectionately refer to Beryn and Peter) are also huge proponents of smoothies. Not those milkshakes full of yoghurt, milk and peanut butter that masquerade as smoothies, but the bona fide ‘health in a glass’ ones made from spinach, superfoods and brightly coloured berries.

They whip their smoothies up in the Rolls Royce of blenders: the Vitamix. Along with blending, this thing makes soup, nut butters and will probably drive your kids to school if you ask nicely. The price tag will make you weep, but according to those in the know, it’s worth every cent. Maybe one day. Sigh.

Given that we’d already spent money on a juicer, we weren’t all that keen to lay out even more cash on a blender. (This was back when Sporty and I were still in debt up to our eyeballs and counting our pennies oh so very carefully.)

During my stint as a caterer I came to be on first name terms with my stick blender. They’re relatively inexpensive and work amazingly well. We bought one for about R300 and it lasted well over year (and that included a few rounds of chopping ice for cocktails). Hic.

Look, we’re not talking silky smoothe or anything, but it made a pretty okay smoothie all things considered. Stick blenders definitely get the thumbs up from us when you’re first dipping a toe in smoothie waters.

Upgrading to a Mid-Level Blender

A few years ago Sporty went to visit her Mom and Perth and came back with a Nutribullet that liebes Mammilein had gifted us. We’d had our eye on one of these for a while, but they weren’t available in South Africa and shipping one from overseas was just stupid expensive.

And the Best Mom in the Universe award goes to…

Damn we made that Nutribullet work for us. Along with daily breakfast smoothies for each of us, we also whipped up salad dressings, sauces and even the occasional soup. I think we had ours about two years (maybe more) before its teeth finally wore away. Poor thing.

You can buy replacement parts for it which is great. With a lot of cheaper appliances, if something breaks then you have to buy a whole new one rather than just the bit that’s kaput. We loved ours and highly recommend them, but for us the time had come to upgrade.

Upgrading to a Fancy Blender (aka Best Decision Ever!)

We bought our JTC Omni V Blender shortly after we sold Oscar (we’re fickle like that). Blendobi (that’s what we named him) is fancier than the Nutribullet, but not quite in the same league as the Vitamix.

For us he’s been hands down the best purchase decision we’ve made. We’ve had Blendobi since mid-December and not one single day has gone by where we haven’t used him. We absolutely cannot fathom our lives without him. In fact,  that’s why he ended up being part of our new blog design!

We get that it’s silly to be so attached to an inanimate object, but we don’t care.

Well, for starters, he makes the meanest smoothies ever. And silky smooth too, there are no lumps or bits left over when he’s done.

He’s great at making smoothie bowls, which Sporty absolutely loves. These need frozen bananas for the creaminess and Blendobi is fine with that, he makes short work of them.

He’s great with all the usual suspects as well: soups, dressings, sauces, pancake batter, etc. We haven’t tried using him for anything that you’d normally haul out the food processor for, say date balls, or salsa, but I reckon he’d manage just fine.

In fact, I found this recipe for vegan banana nut bars recently that I’ve been meaning to try. Maybe I should just go for it and then report back. I mean, what an awesome excuse to make them. I’ll call it research. Rubs hands in gleeful anticipation.

He’s perfect for whipping up nut milks, all you need is a nut milk bag to strain it and you’re good to go. Nut milk bags can also be used to strain juice if you decide you’d prefer a green/veggie juice for breakfast rather than a smoothie. Sporty and I haven’t actually tried this ourselves, but that’s only because we’re pressed for time in the mornings.

Good news for our South African readers. OmniBlend SA will give you R100 discount plus a free nutmilk bag when you use the promotion code: mostlymindful. It’s a pretty sweet deal, let us know if you take them up on it. 😉

“In life, much like smoothies, you get out what you put in.” —Bolthouse Farms

Right now, given our current time constraints (full time work commitments and so on) blending suits our needs perfectly. It’s a super quick and easy way to make a really healthy and nutritious breakfast.

Sure, we’re missing out on all the mainlining green goodness of fresh juice, but that doesn’t mean we’re skipping our greens entirely. We still add a few handfuls of spinach to our morning smoothie.

Maybe in the future when we’re not bound by office jobs and office hours we’ll look at juicing again, but right now Blendobi is doing a stellar job of keeping us healthy and happy.

Our best advice if you’re trying to decide between a juicer and a blender to buy an inexpensive version of each and try both, like we did. Then, when you’ve decided which of the two is your new religion, go ahead and upgrade to something fancier.

We’re planning on doing a post on our favourite smoothie recipes soon, so let us know in the comments if there’s anything in particular you’d like us to focus on or include. I know a lot of people are intimidated by the whole plant-based approach, but I can assure you, you absolutely do not need dairy milk or yoghurt for a smoothie to be creamy and flavourful.

This post probably contains affiliate links. If you make a purchase via one of those links, we will receive a small commission at no extra cost to you. Read more here. 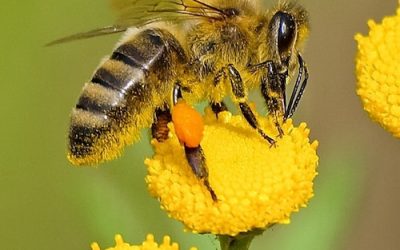